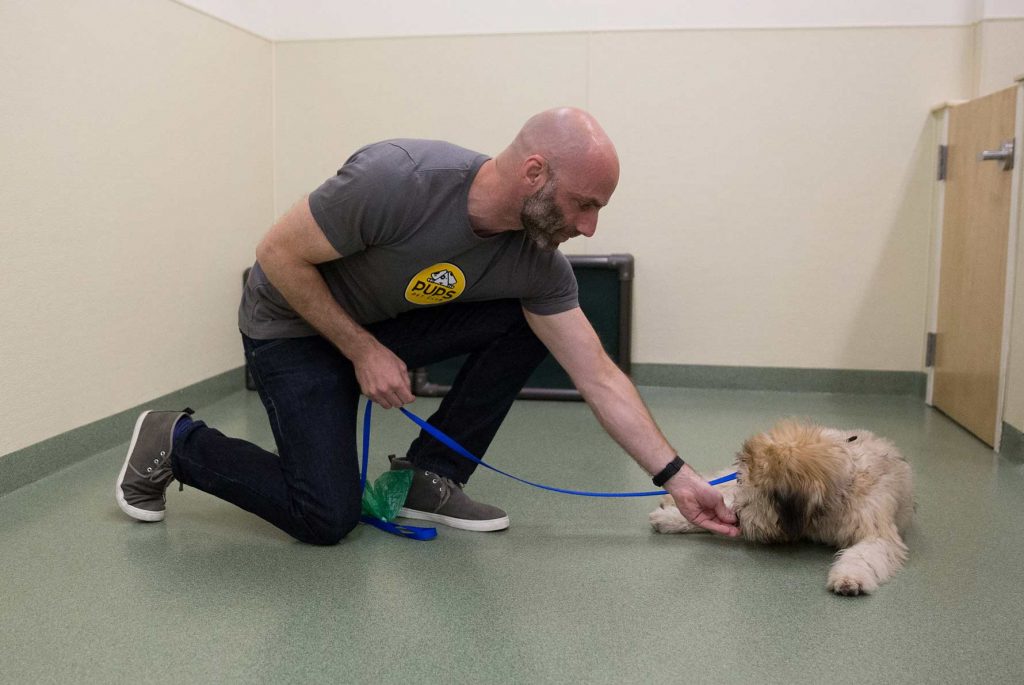 Recently a friend asked me about my thoughts about an article he sent me written by Victoria Stillwell. Victoria Stillwell is a celebrity dog trainer most known for her show, It’s Me or the Dog. The article contends that dogs are not actually descendants of wolves and therefore argues that they should not be classified as pack animals.

Here is a link to the article so you may read it:

I’ve listed below the major points of Mrs. Stillwell’s article which she has listed herself at the end of the article and I will rebut.

1. Dogs are not wolves, and we cannot assume that they act similarly to each other

Dogs are indeed descendants of wolves (see study link at the end of this post). Therefore the domestic dog and wild wolf share many common traits and act similarly to one another. Animal behavioral science is rooted in the study of common behavioral patterns within a particular species as well as cross comparing overt and subtle differences between species. Such studies are even conducted on homo-sapiens. There is no arguing that dogs are not wolves but the insinuation that they are not similar because they are not the same exact species is completely misleading and false.

2. Even the results from the studies of wolves have since been disproven by the very scientists who conducted them

Mrs. Stillwell is referring to one study in particular. She pinpoints that study as evidence to support her arguments. However, let’s use the issue of climate change as a comparison. At this point, we all know that climate change is very real. We see the effects of climate change every day and it has been scientifically proven that mankind has had a direct impact on the climate. However, there are still a few scientists who refute climate change or man’s impact on climate change. The point being is the data may be manipulated or presented in a way that best supports the hypothesis. Again, although Mrs. Stillwell’s statement is true, she is overemphasizing an outlier study to make her point. I will present other studies below that prove that the pack mentality and behavioral dynamics of dogs are very similar to that of wolves (see study links at the end of this post).

3. ‘Packs’ in the true sense of the word do not exist among groups of unrelated domestic dogs. True familial pack is mother, father and offspring and functions non-violently with submission being freely given rather than forced.

This is simply not true. We have the most real-world practical argument against Mrs. Stillwell’s hypothesis right in our club. Indeed we have a group of dogs in our daycare program who very much exist in a traditional pack hierarchal structure. The process by which they achieve their status in the pack is a classic example of the application of dominance theory. Every time a dog comes into contact with another dog, some form of pack initiation ritual begins. Thereby, after a period of time and interaction, the pack order settles and the group operates according to the established dynamic.

4. Dogs know we are not dogs, so it is silly for us to pretend like we are one of them by being their ‘pack leader.’

Dogs like all other animals in the animal kingdom perceive all living beings as animals. They have an innate fight, flight, or freeze instinct when they encounter other animals just as we humans do. However, dogs cannot rationally discern the differences between animals like we can. They rely on instinct. Their instincts also compel them to either naturally bond or reject, lead or follow another animal. That animal just simply has to speak their language on some level. Many other animals naturally understand the language a dog speaks – only most humans don’t. This is primarily because we are strife with emotion which impedes our ability to think logically, comprehend, or communicate effectively. Additionally, for the most part, we are verbal and visual communicators and dogs are primarily physical communicators. Although they feel emotions too, they are not impeded by them. Their simple free-flowing physical way of communicating makes them open to pack relationships with other dogs as well as different species. Why else would you see all those Facebook videos of a dog and a cat, a dog and pig, a dog and goat, a dog and a horse, or two other genetically unrelated species that have the ability to peacefully coexist in a pack? Dogs don’t care what species you are (yes, that includes humans Mrs. Stillwell) when they perceive you as one of their pack but their propensity to bond or reject, lead or follow, will play a part in setting the pack dynamic. Finally, because we are one of their pack we have a choice since we are rational beings, to either lead that pack or just be a member of that pack. “Choice” is the operative word as people either choose to be a pack leader or choose not to. Some who choose to be a pack leader apply inappropriate communication techniques rendering them an ineffective leader. However, proper understanding and application of pack behavior and how to influence it can be taught and applied at any time. We’re lucky to have the gift of choice which means it’s never too late to be your dog’s pack leader.

Mrs. Stillwell dismisses pack theory to promote her own agenda/her training discipline. I believe that there are many people out there like her that would say anything to get someone to buy their book or watch their show. I have no agenda here except for the fact that I want to see people truly enjoy their relationship with their dog. Like any good relationship, the enjoyment stems from a mutual respect and understanding of one another. Thus, with dogs especially, it’s important that we learn from the science so we can best understand our canine companions.  Personally, I am always suspicious of someone that promotes a line of thinking that questions science. It is not arguable that dogs are a descendant of the grey wolf or at the very least a very close cousin of it. I even had a difficult time finishing the article without getting fuming mad as it states, “dogs were believed to have descended from wolves.” They weren’t “believed to be” – they did descend from wolves! Nevertheless, I read it and rebutted it because if my friend could be persuaded by an article like this, I thought that it was my responsibility to educate him as well as others who may not have direct access to me.  The way I see it if someone like Mrs. Stillwell had influenced you, that wouldn’t be helpful for you, your dog, me, other dogs, or anyone else you may come in contact with your dog – basically no one could benefit from reading her article and taking it at face value.

I do not know Ms. Stillwell personally but the community of dog trainers is a pretty tight-knit. When you have been in the business as long as I have you get to know these people by reputation. Meaning, other trainers that I highly respect have come in contact with or had seen Mrs. Stillwell train dogs. Like I said before, according to qualified and highly respected trainers, she’s all about her celebrity and doesn’t have the substance to back it up. This article is definitely indicative of that but what upset me about it was that it’s grossly misleading and obviously written to promote her personal brand.

I hope you consider my rebuttals as a call to do your own research for a theory and training methodology that you can subscribe to – putting yourself on a path to be your dog’s pack leader and to create an amazing relationship with him or her.