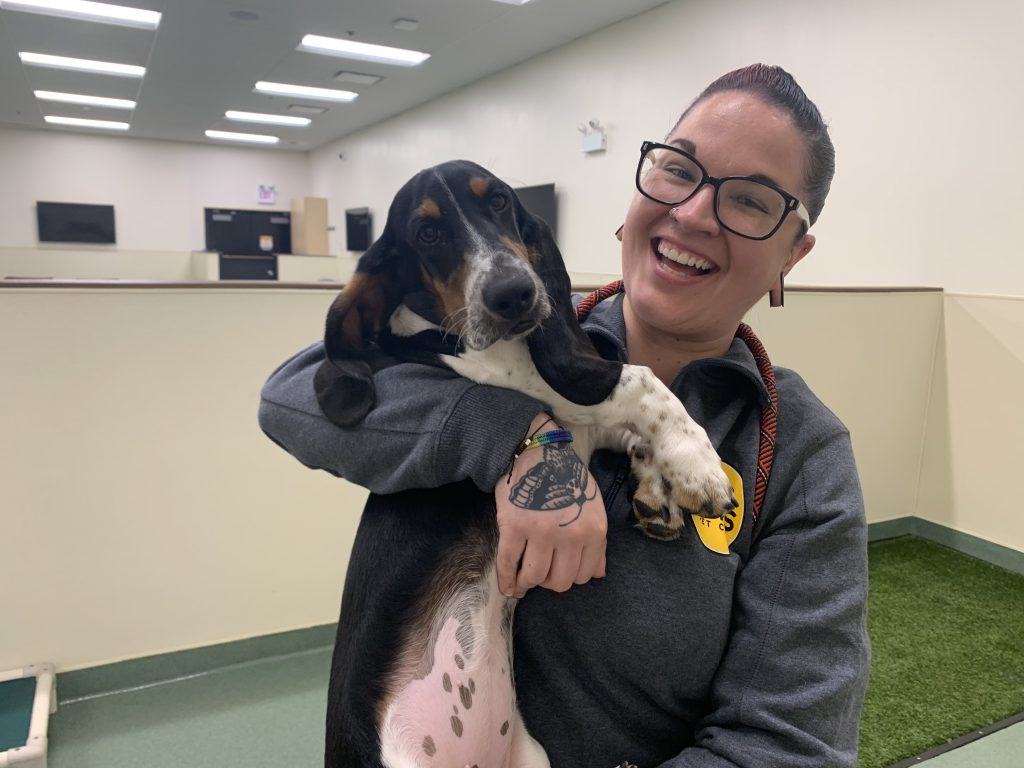 Jenn is originally from California and has always had a deep admiration for animals. She previously worked for Pooch Hotel in both California and Chicago. But after more than four years as a manager at Pooch Hotel, Jenn was eager to pursue a new opportunity and decided to embark on the next phase of her career at PUPS Pet Club!

Jenn is still fairly new to Chicago as she has only been in The Windy City for a year. She’s excited to explore the South Loop neighborhood, meet her “new animal family” at PUPS and build strong relationships with our members. She is also eager to have her fur babies, Hendrix, Titus and Gwen, join the PUPS family. Her cat, Ouiji, will be an honorary member of the PUPS Team as well.

Although Jenn has only been with PUPS for a short time, she already has a few furry favorites! She instantly fell in love with Lola the basset hound puppy (pictured) and she bonded with Samy the dachshund mix, too.

So far, her favorite Chicago activities include visiting the Shedd Aquarium, trying new restaurants and sipping on beer at local breweries – District Brewyards is her favorite! She also loves that Chicagoans have been especially kind to her so far. However, she claims that Chicagoans drive much slower than people in California, but that’s what public transit is for!

We feel especially grateful to have a new, strong leader at our South Loop Club. Jenn has a lot of knowledge and experience to offer to PUPS Pet Club as well as its members. Welcome aboard, Jenn!