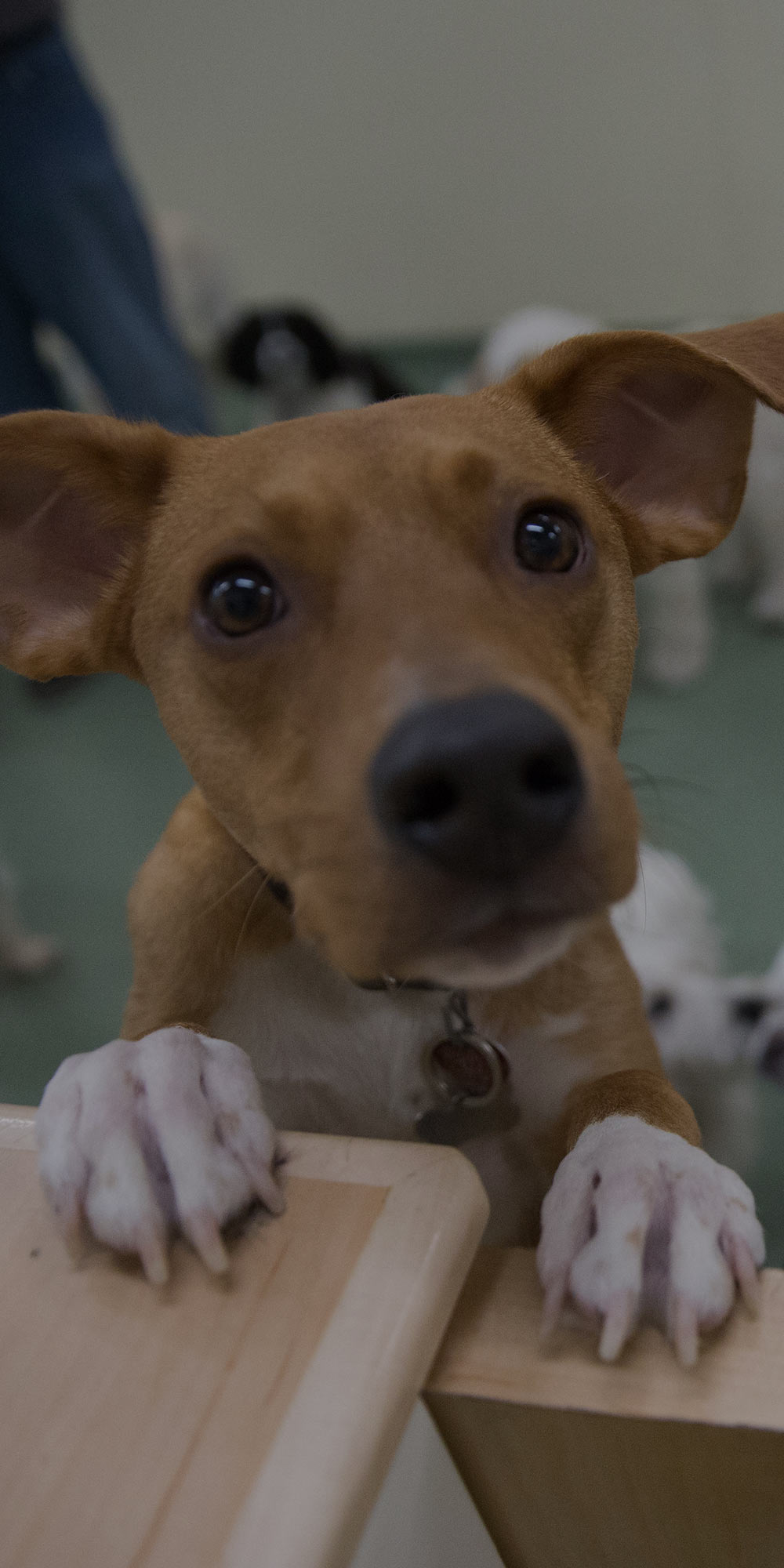 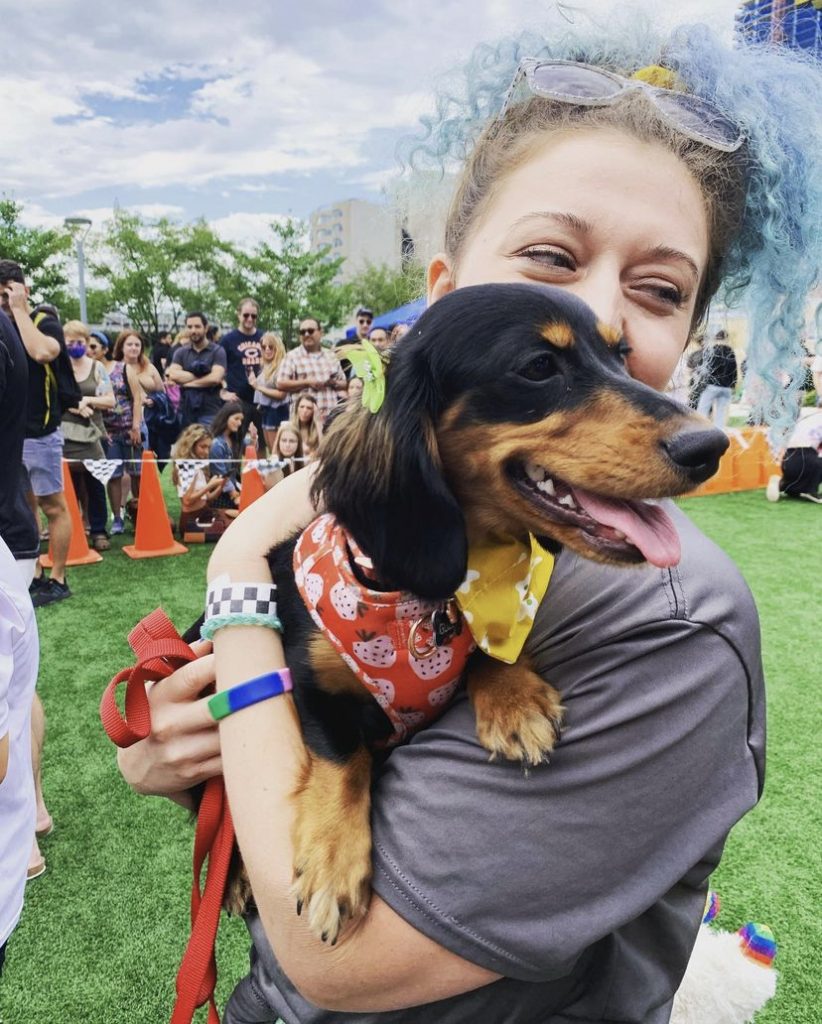 Cam Wilhelm has worn a lot of different hats during her time at PUPS Pet Club! In the last year or so, Cam has worked as a Daycare Attendant, Member Service Representative, Pet-Sitter, Driver, Bather and soon-to-be Groomer.

Clearly, she absolutely loves working with dogs, especially little, snuggly ones. Cam particularly loves weiner dogs, chihuahuas and small wire-haired dogs. If she had to pick her favorite daycare dog, it would obviously have to be her own, Glizzy the Dachshund. But she also loves Walter Fox the Dox. While working as a Daycare Attendant, her favorite part of the day was taking the pups on their afternoon walk because it puts a little pep in our pup’s steps.

When she’s not watching dogs in daycare, she’s watching them at home! Camille is one of our regular pet-sitters which means that she lets pups play in daycare all day long and then invites them into her own home. Pet sitting can make dogs feel a little more comfortable while also giving them extra cuddles with Cam and playtime with Glizzy. One of her regular pet-sitting clients is an Australian Shepard named Maisie. Sometimes Maisie and Glizzy get feisty with one another but as of recently, Glizzy has been able to get a “sneaky cuddle” with Maisie. These fur-iendships make Cam so happy.

Cam temporarily worked as the PUPS Pet Club Driver as well! She says that working as a Driver made her feel like she had “200 furry children scattered around Chicago”. She loves that she got to know other pups super well during her time as a Driver.

Her most recent role at PUPS is working as a Grooming Academy at the Lakeview Club. Cam ultimately hopes to make every pup “even prettier” than they already are. At the beginning of her apprenticeship, she was eager to learn from our amazing groomers and progressively build her clientele. She was also especially excited to groom Schnauzers because there’s a meticulous technique used to give them their very specific but adorable appearance. Plus, she grew up with Schnauzers and loves interacting with them. Cam is approaching the end of her apprenticeship which means she will be taking clients independently! We are very proud of the work she has put in and the success she has had as an apprentice. We are confident that she will have an amazing, successful career as a PUPS Groomer!

Camille is a great example of going above and beyond at work. She’s willing to help in the daycare room, at the front desk and even at home. She does all of this so that she can continue to see big smiles and wagging tails on all of our PUPS! 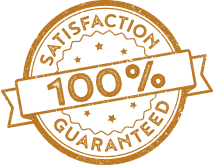